The 14th edition of the Krakow Mountain Festival has come to an end. Traditionally, the award-giving ceremony was held in two competition categories – for the Best International Film and for the Best Polish Film. 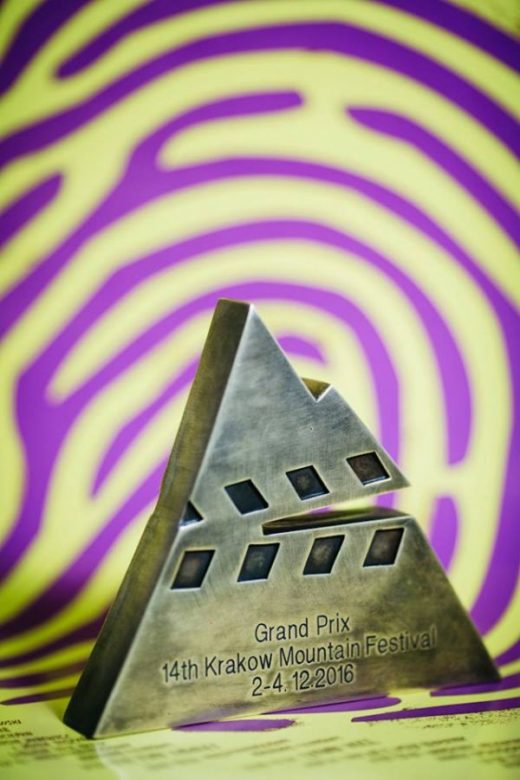 There were many attractions, highlights and great presentations – it is enough to mention the great meeting with Bogumiła Słama. As far as this year’s films are concerned, one must admit that there was a lot to watch. Although in the International Film Competition included several excellent documentaries, the respectable Jury – consisting of Marcin Koszałka, Krzysztof Spór, Marcin Jamkowski and Łukasz M. Maciejewski – chose the best of them.

The Grand Prix of the 14th Krakow Mountain Festival – a statue and a cheque for € 1,000 sponsored by PZU – went to The Magic Mountain, a French-Polish-Romanian co-production, directed by Anca Damian. The Jury justified their decision in the following words: “For its consistent artistic vision which extends beyond frames of a typical mountain film in order to tell a remarkable human story.”

The Second Prize – a cheque for € 500 sponsored by Marmot – was awarded to Riders on the Storm by  Franz Walter: “It is a discrete and beautifully made portrait of friendship and achievement.”

The Prize for the Best Climbing Film – a cheque for € 300 sponsored by wspinanie.pl – went to Boys in the Bugs, made by  Zachary Barr, Peter Mortimer and Nick Rosen. The verdict read: “For taming an explosive mixture of easy-going style, climbing enthusiasm, self-distance and iron-willed persistence in achieving their goals – and all those things were wrapped in an attractive form.” 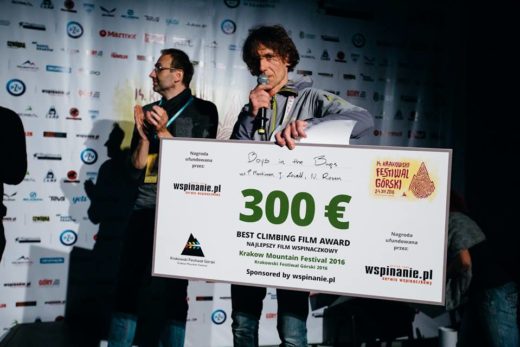 Simultaneously to the International Competition, the Jury selected the best Polish mountaineering films. The First Prize – a cheque for 2,000 zlotys – was granted to Alpine Wall Tour, directed by Wojtek Kozakiewicz. Wojtek presented during the Festival a few other films of his, including an impressive picture titled Obsession. The Jury appreciated his: “Skilful combination of filming technique with sports achievements.” 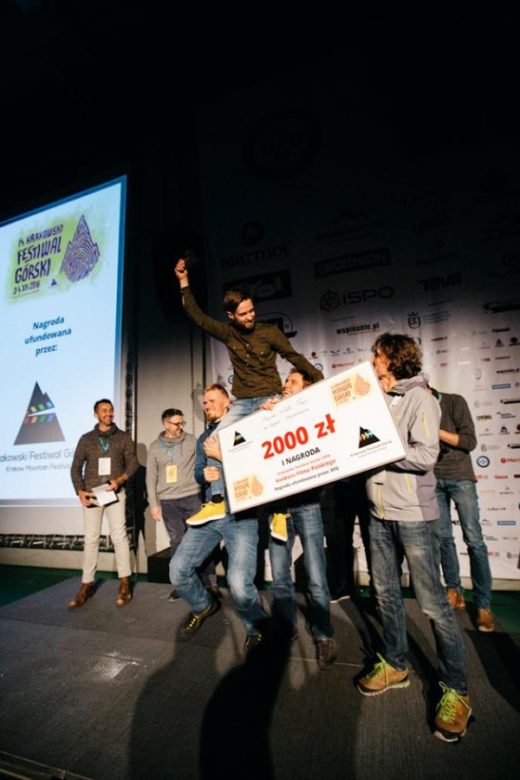 The Second Prize – a cheque for 1,200 zlotys – went to Korona Warszawy, a film by Jan Mencwel and Szczepan Żurek, for their: “Spontaneity, sense of humour and noble goal.” 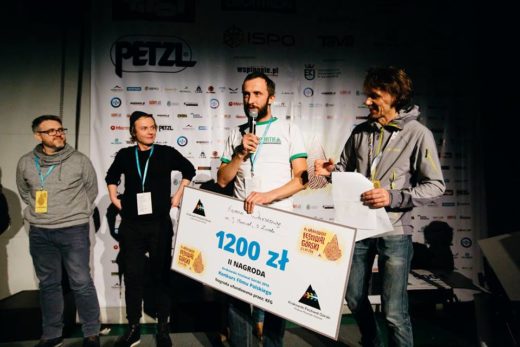 The Special Award was given in appreciation of Mój Czas, a film by Jan Wierzejski. The Jury briefly justified their decision: “For taking the side of the main character.” Wierzejski’s documentary was also appreciated by the Festival audience that cast the majority of their votes for this impressive portrait of a trail runner, Magda Łączak.