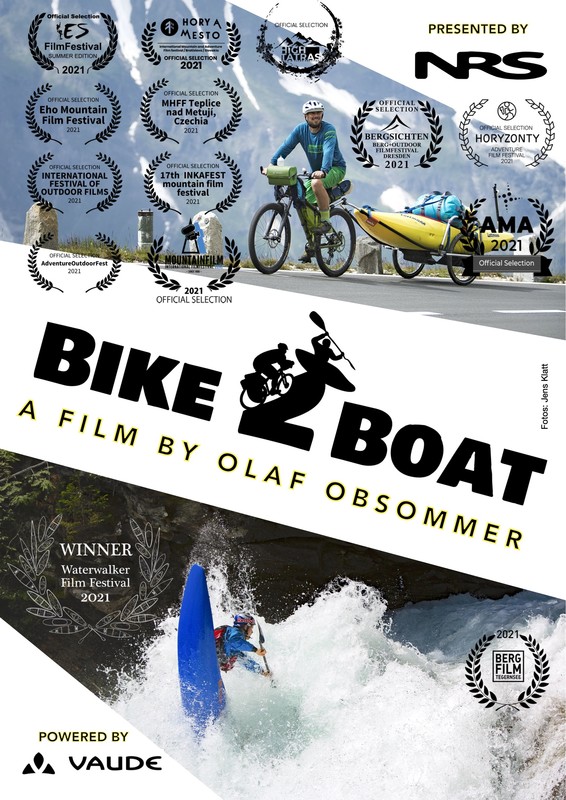 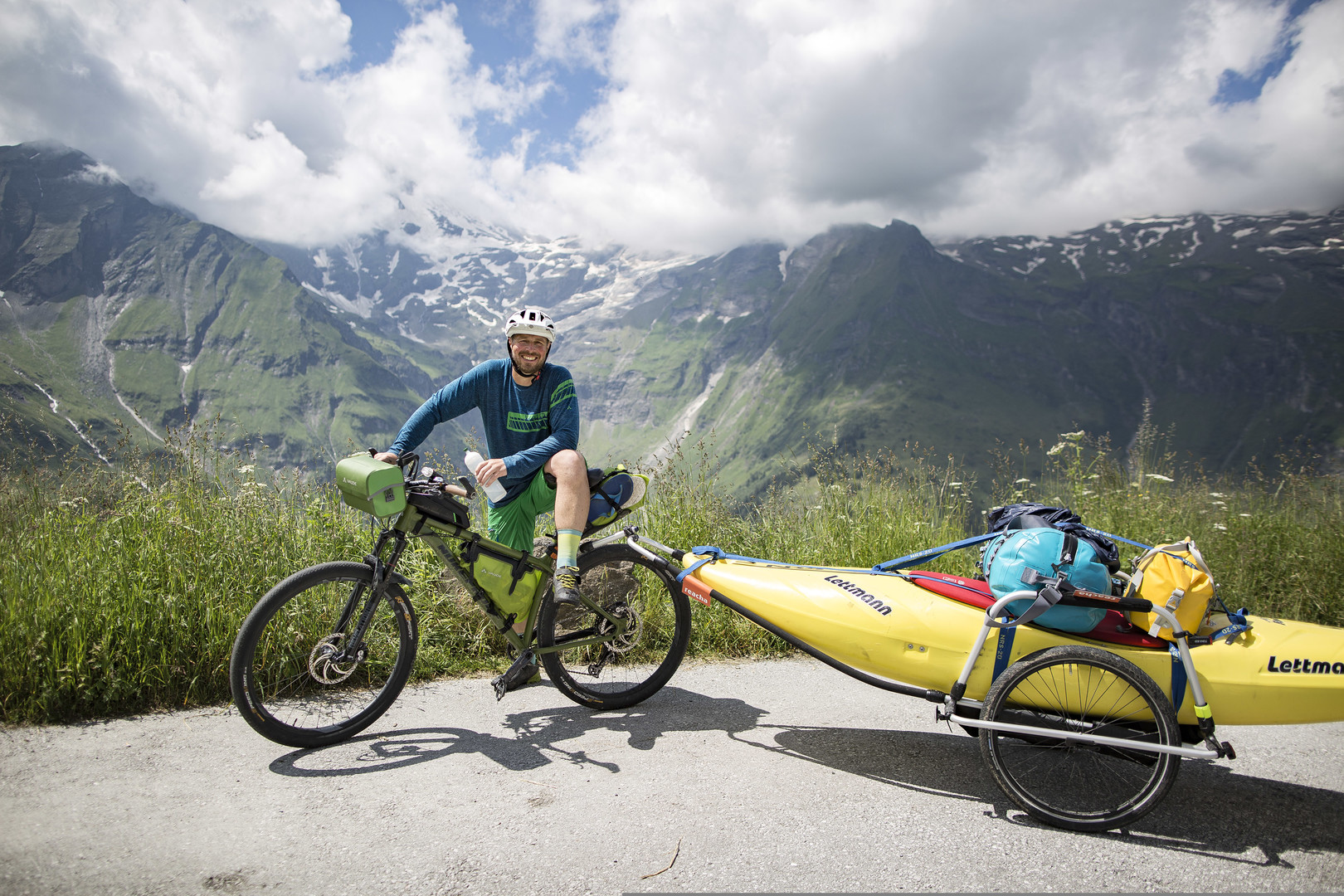 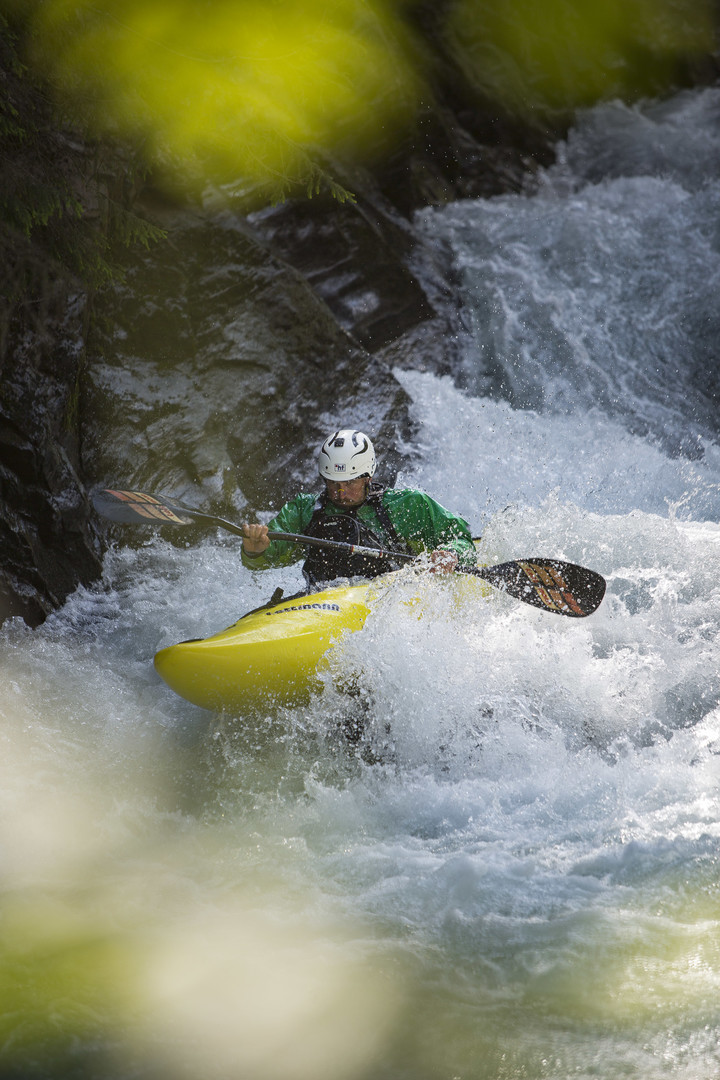 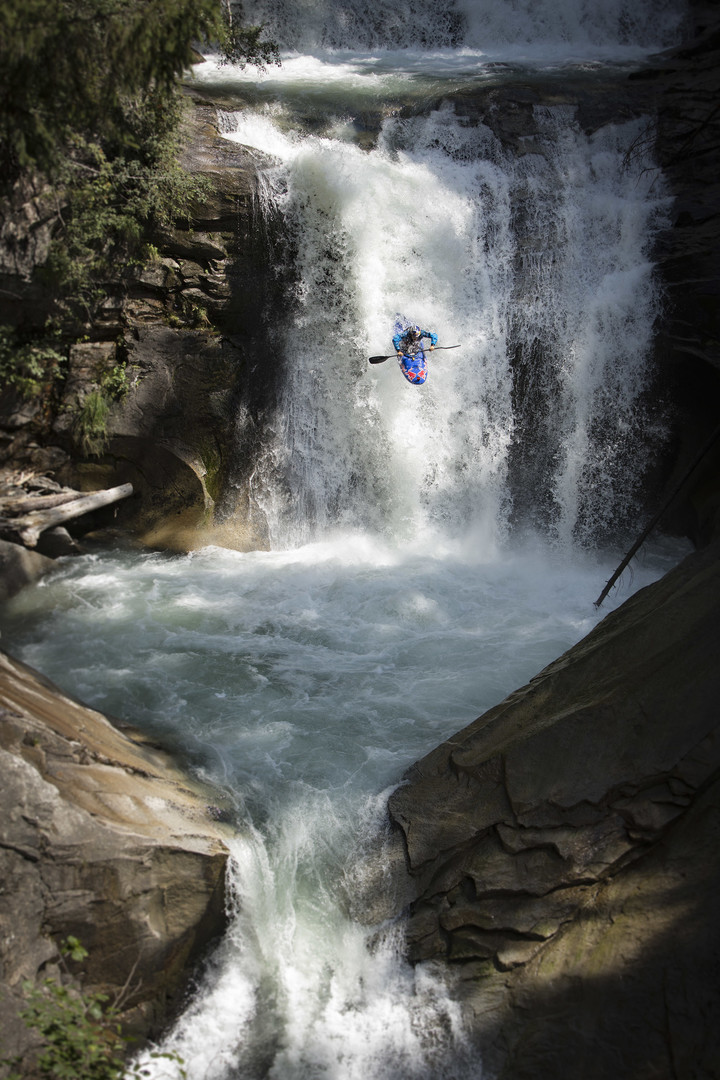 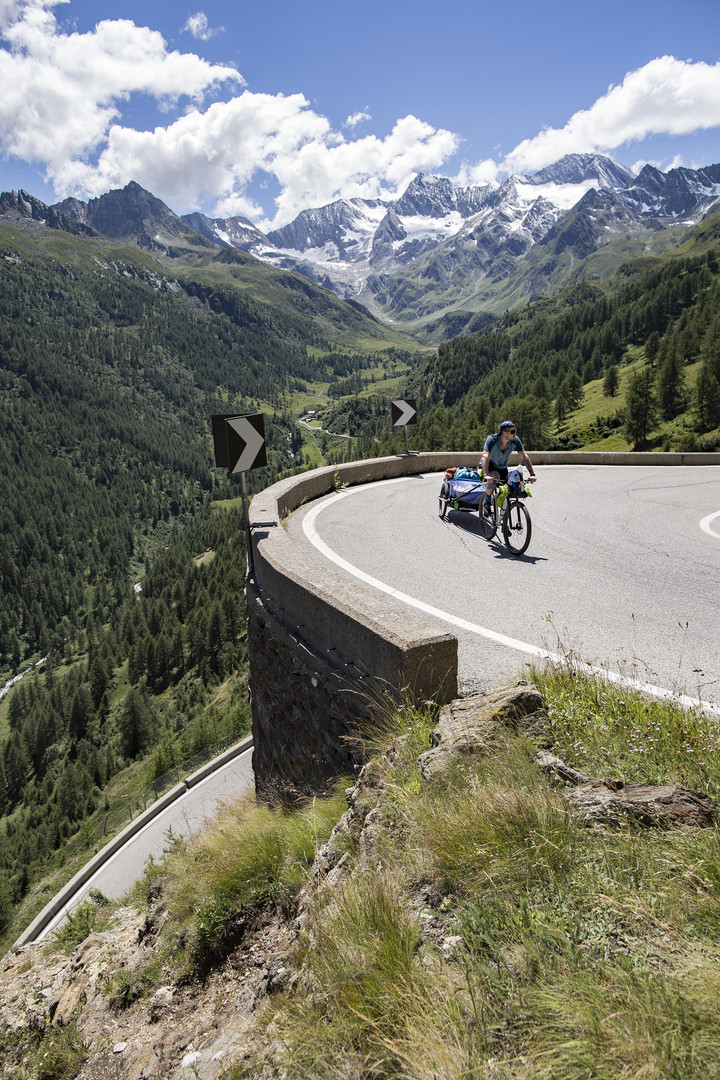 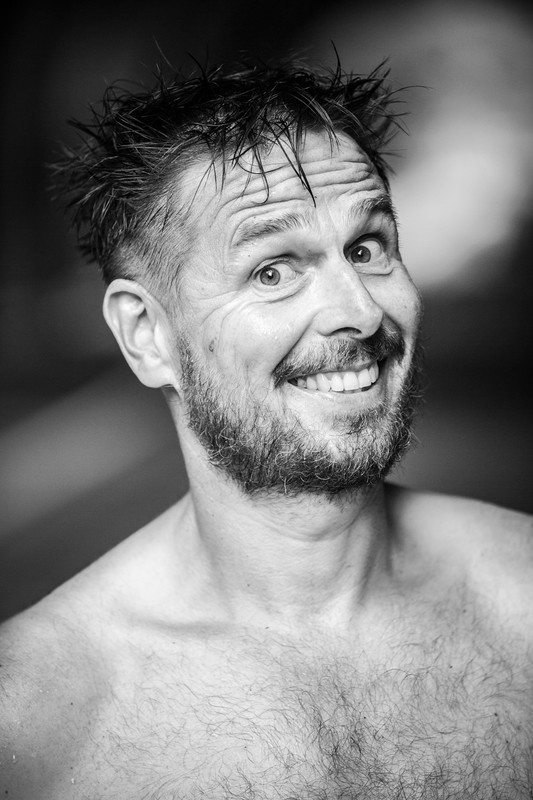 A climate-neutral journey by bike and kayak across the Alps. The award-winning filmmaker Olaf Obsommer and his team travelled in July 2020 from river to river over the main ridge of the Alps. Always in search of the most spectacular wild rivers.

Everybody knows this satisfying feeling of having achieved something by their own efforts. Regardless whether it is the climbed mountain peak, the survived marathon run or even the longed-for beer garden after the long bicycle tour – you are simply happy and satisfied.

This philosophy is also behind the project »Bike2Boat«: With their own legs/under their own steam the four kayakers Olaf Obsommer, Jens Klatt, Adrian Mattern and Bren Orton worked their way up the pearls of the Alps by bike – the rapid descent on the wild streams were thus became an even more intense experience.

A plea for climate-neutral travel

At the same time, however, the athletes pursue other goals. While they normally jet around the world in search of wild water, leaving huge ecological footprints behind, they wanted to set an example for climate-neutral travel with Bike2Boat and at the same time escape the hustle and bustle of everyday life for a while. Slowly, and without jet lag, the team experienced the beauty of the local Alps. On the bike there was enough time to process the impressions gained and to experience the country and its people up close.

Olaf got the first tender touches with the wonderful world of paddling as a baby in his mother’s belly canoeing the River Rhine. From that point on, things progressed quickly. Olaf grew tall, taller still, eventually huge. Now – for a long time, long before the smartphone epidemic – he has been travelling the earth exploring wild rivers.

His camera is always with him, capturing these adventures for eternity. For this, he has been honored several times with film prizes and media awards. But his professional photography career was obstructed by »other jobs«. He completed training as an industrial mechanic, before dropping out of both a mechanical engineering and nursing education, and eventually trained as a certified geriatric nurse, working in the profession for eight years. Now, as a self-proclaimed media mogul, a travel/kayak expedition lecturernd president of Big-O-Productions, Obsommer has found finally his passion in storytelling

Many of his adventures captured with his camera were aired in German TV like ZDF, RTL, NTV, N24, SAT1 and BR3. His work has been described by TV stations as »sensational action and nature shots«. During his live-interviews he shares his adventures in an honest and light-hearted way, including ample funny stories.