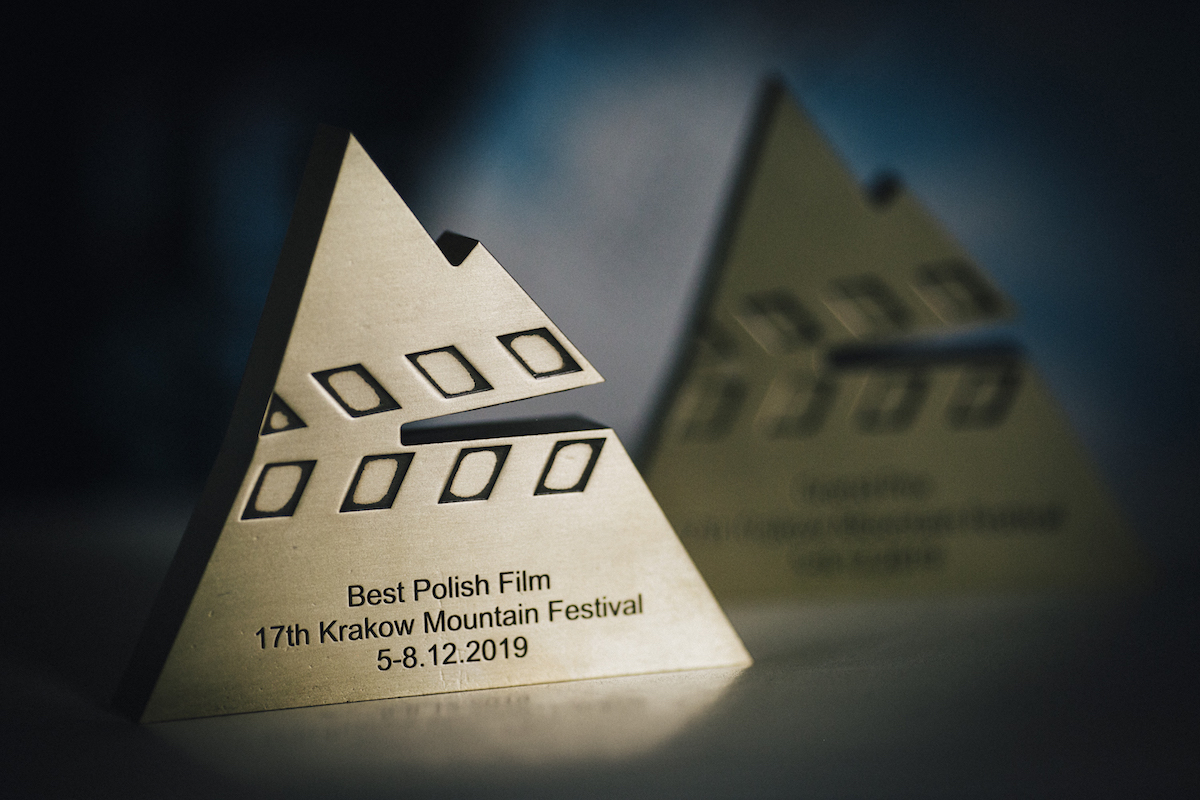 The verdict of the Film Contest Jury was made public last weekend during the award ceremony of the 17th Krakow Mountain Festival. The Last Mountain turned out to be the biggest winner this year. This documentary film directed by Darek Załuski received both the Grand Prix of the International Film  Competition and also the First Prize of the Polish Film Competition.

On this occasion the picture was appreciated by the Jury of the 17th Krakow Mountain Festival and awarded its Grand Prix. Unfortunately, Darek Załuski could not attend the Krakow Festival in person but we were able to hear his words of gratitude (and also a few sentences from Krzysztof Wielicki) streamed directly from Bliboa.

Michael Pause explained the decision of the Jury in the following words:

We appreciate the scale of the challenge undertaken by the filmmaker – an attempt to conduct a psychoanalysis of participants of the winter K2 expedition, his skill in portraying realities of a winter expedition to the highest mountains and also professionalism of this film production as far as camera work, editing and sound effects are concerned. This documentary treats mountains as background canvas on which human dramas develop.

In this category the Jury decided to distinguish a documentary This Mountain Life directed by Grant Baldwin. Jan Wierzejski emphasised:

It’s an excellent documentary presenting the mountain spirit as the core value uniting all portrayed characters. Although this spirit was presented from a variety of contrasting perspectives, it actually constitutes a universal value. The films proves that the expression “mountain people” may have different dimensions but the same meaning.

The Award for the Best Mountaineering Film (€800) was funded by Marmot.

As every year, also the best climbing film was chosen. This time the Jury did not take long to decide and the verdict was unanimous – the biggest impression was made by Climbing Blind, directed by Alastaira Lee. As Piotr Trybalski justified the decision of the Jury:

This documentary brings tears, joy and laughter. It’s a story of a blind climber trying to ascend the cult spire of the Old Man of Hoy. Yet, the greatest challenge is the fact that he attempts to climb it trad! “I’m not disabled. I’m blind and able!” We appreciated to the same extend the stunning story, the great photography and dedication of the cameraman to capture this amazing achievement.

I’m really grateful. It’s a great honour. This is a British film and initially we wondered to what extend various cultural details may elude viewers from outside Great Britain. I’m really happy that ultimately the language of this film turned out to be highly universal.

The Award for the Best Climbing Film (€500) was funded by PZA.

In this category the winner was Allein by Fritz Walter. Robert Sowa explained the decision of the Jury:

It’s an authentic and credible human story. Loneliness, adventure, challenge and finally the send were shown without bulging muscles and lofty ideology – all according to the principle that to live means to turn plans and dreams into memories.

Robert Jasper, the main character of the documentary, thanked his family and the filmmakers. He also added:

It comes as a big surprise to me. First and foremost, I’m a climber. However, I’m glad that this film also expresses to some extend my great passion.

The Award for the Best Exploration Film (€500) was funded by Petzl.

In this category the picture United States of Joe’s, directed by Peter Mortimer and Nick Rosen, proved to be unrivalled. Steven Scott described the film:

This is a very interesting film. It’s a successful metaphor for modern lifestyle and a clash between two completely different realities – the world of climbers and the world of native inhabitants of Utah. It is a reflection of the process in which a climbing community had to change its way of thinking and adapt to a world completely strange for them. It is a very warm picture, close to the heart, showing how we may approach people completely different from us and, as such, difficult to understand.

The Award for the Best Culture/People/Nature Film (€500) was funded by Innsbruck.

As already mentioned the First Prize went to The Last Mountain.

The Second Prize was awarded to Wind directed by Michał Bielawski. As summed up by Piotr Trybalski:

For the original approach to the topic. Successfully avoided shocking with suffering. Additionally, praises are due to the excellent photography by Bartek Solik.