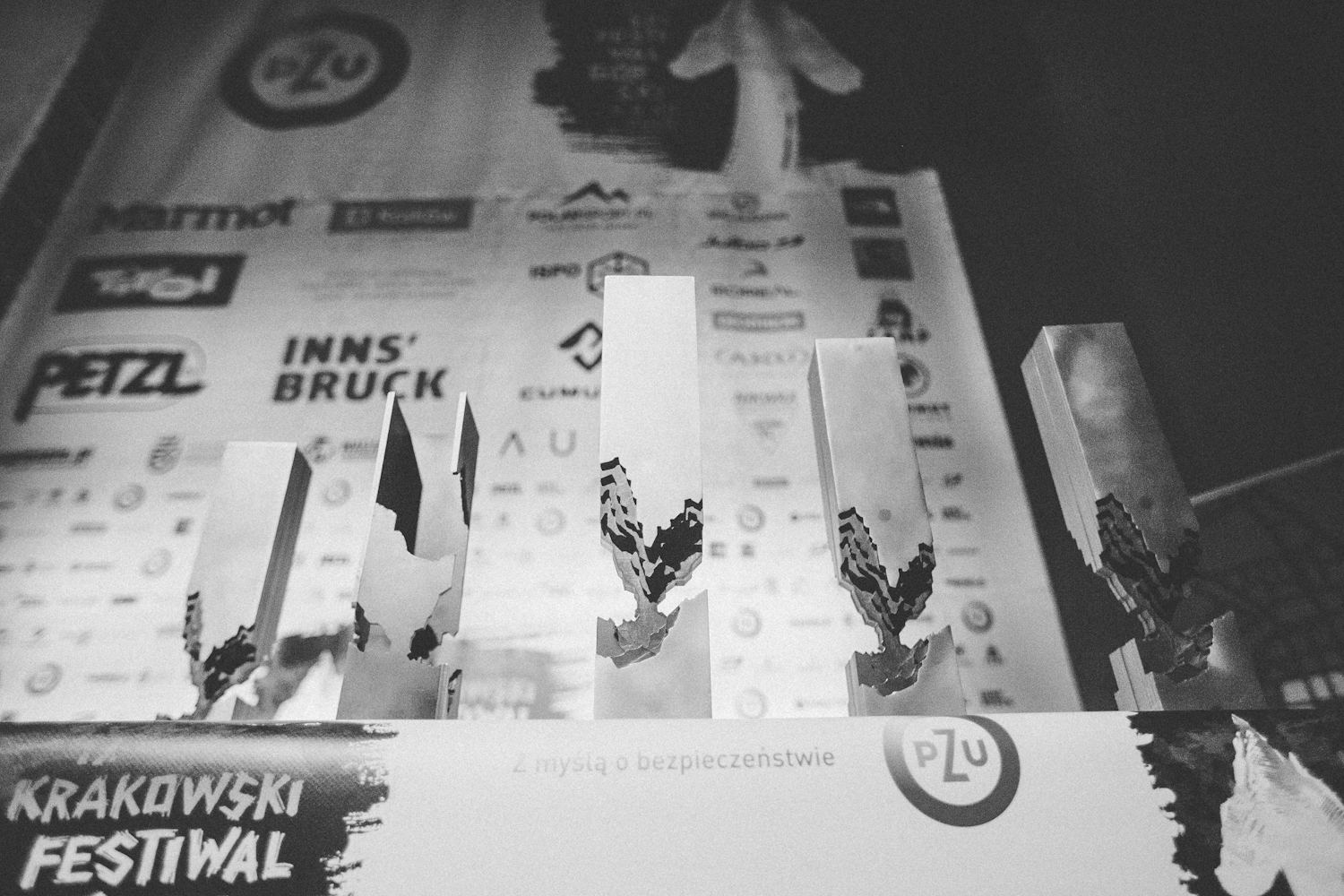 The award ceremony of the Krakow Mountain Festival has taken place last week – climbers, mountaineers and other athletes received awards for exceptional contributions, successes and lifetime achievements that constitute a significant input into the development of our sport discipline. This year, for the first time, we have also handed out the Mountain Values Award.

The Krakow Climbing Award – Lifetime Achievement (for climbing achievements and contribution to development of climbing) went to Ben Moon – an exceptional person and still an active athlete. After the ceremony Ben delivered an inspirational presentation.

Ben climbed his hardest route (or perhaps his second hardest route – after Hubble 9a) in 2015 aged 49! It was a route called Rainshadow 9a, first led by Steve McClure at Malham Cove. You may read more about Ben’s exceptional achievements here.

The Krakow Mountain Award (for the best annual achievement) went to Łukasz Dudk for his solo climb of Tortour 8c in Hochschwab Gebirge, Austria. Most probably it was the first repetition of this line and – what is even more impressive – it was done solo.

It is worth to mention two other climbs done by Łukasz this year. The first was climbed on 15th September – on that day Łukasz sent Jet Stream X-/X, which is one of the hardest and most mentally demanding lines in the Tatra Mountains. It was only the third free climb of that line. His second achievement was establishing a new route Utyje szarańcza VI.8 – currently it is the hardest line in Polish sandstones and it was done relatively recently because only in November.

The Krakow Climbing Award – Best Season 2019 (for the best achievements of the passing season) went again to Piotr Schab (Patagonia, Black Diamond, Scarpa, KS Korona) who raised the bar of climbing difficulties by another grade. On 26th April, Piotr led Fight or Flight and so became the first Pole to have climbed a 9b route.

Before Piotr, the record holders for the highest grade of difficulty in Polish sport climbing were Łukasz Dudek (Martin Krpan 9a, 2009) and Mateusz Haładaj (Papichulo 9a+, 2015).

For the first time we also awarded a prize that emphasises values that we follow and respect in the mountains. The Kraków Mountain Award – Mountain Values was symbolically accepted by Jan Krzysztof, the chief of the Tatra Mountains Rescue Group (TOPR). In this way we wanted to honour all mountain rescuers and thank them for their commitment and sacrifice when saving people in the mountains.

The Krakow Mountain Award (special mention) went to young climbers from the SAKWA climbing club for their achievements on rock faces of Yosemite and the Alps. At the end of October, Karolina Ośka and Michał Czech climbed Golden Gate 5.13b on El Capitan. This is the hardest free climb done by a Polish team on this famous wall. Another team of Michał Czech – Gabriel Korbiel – Jakub Kokowski did an excellent climb in the Alps. These members of the junior group of the Polish Mountaineering Association climbed on-sight a legendary route called Divine Providence 7b+ – it is the hardest line leading to the peak of Mont Blanc (4810 m).

At the end we would like to add that the KFG Statues are an idea of the Festival Organizers and a climbing web portal – wspinanie.pl. Their aim is to honour and appreciate all great athletes and people who shape our mountain community.